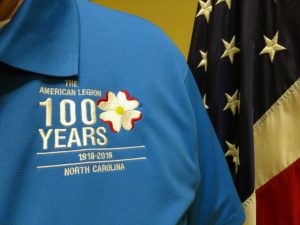 In August 1919, local veterans of World War I gathered to form Chapel Hill Post No. 6.  Since then, there have been thousands of men and women in Chapel Hill that have stepped forward to join together in a common bond and mission to serve their community, other veterans, and their families.

They served their country.  Some served once, twice, and even three times or more when there was a conflict or a call to duty.

They returned home to become students at UNC-Chapel Hill.  They opened businesses.  Some went on to study medicine. Some were and are farmers, tradesmen, printers, publishers, shopkeepers, technicians and more.

Our community has grown and the American Legion veterans have played a large part in that growth.

Yes, behind the shirt and wearing the blue cap of an American Legionnaire are the men and women who have served their country and who now serve their community.  We look forward to welcoming today’s soldiers, Marines, sailors, and airmen to join other veterans in the American Legion.  We are ready to serve others during the next one hundred years.