Milton Evander Blackwood, a member of Chapel Hill Post No. 6, passed away on November 20, 2017 at his home in Chapel Hill. Milton was the son of the late William and Elizabeth Blackwood. He was born on a family farm in Chapel Hill on September 14, 1926.

He entered the U.S. Navy in 1944, and served in the Pacific during World War II. He later served in the US Naval Reserve and the North Carolina National Guard. After returning from World War II, he began a 37 year career with the US Postal Service, and retired as Carrboro Postmaster in 1986. After retiring, he began a second career with the UNC Public Safety Department.

Visitation will be at 6 pm on Friday, November 24th at Bethel Baptist Church in Chapel Hill. Funeral service will be at 11 am on Saturday, November 25th, also at the church. The church is located at 9326 Bethel Hickory Grove Church Road, Chapel Hill 27516. For more information and a detailed obituary, Click Here 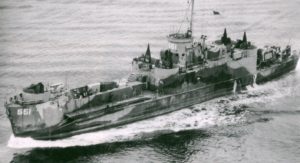 Milton E. Blackwood has been a member of the American Legion for seven years. Milton was a native of Chapel Hill, Orange County, and he was living on Route 2, Chapel Hill, when he registered for the draft on his 18th birthday. He soon entered the United States Navy for service during World War II.
On December 13th, 1945, then Seaman 1st Class (Signalman) Blackwood was embarked on LST 1077 departing from Guam, Marianas for duty with the Amphibious Forces, US Pacific Fleet, in the Marianas. He saw duty with the USS BLADEN (APA-63) in the Pacific and was on board USS BLADEN in April 1946. In May 1946, Milton left the USS BLADEN just before it departed in May 1946 for the Bikini Atoll.  He also served with Landing Craft (Infantry) on board USS LCI (L)-870, a large landing craft in late 1945 and early 1946.

We do not know how much Milton shared about his naval service adventures with family and friends, but in researching the craft he was assigned to, we found that Milton was in a combat environment ferrying and landing infantry and supplies in one or more landings on the islands that led to Japan and the end of the war. Here is a collage of Landing Craft Infantry (Large) craft that are similar to the USS LCI (L)-870. Our hats are off to him and his shipmates who served in naval amphibious assault operations. They served their Country well. 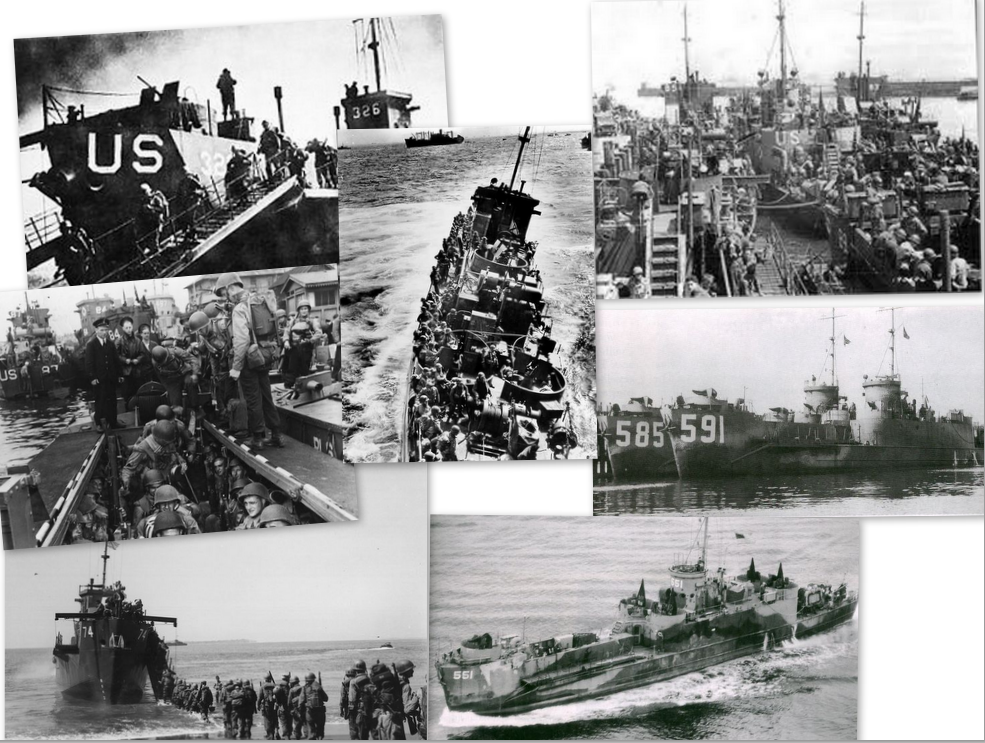