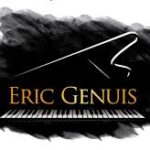 Where – Eric Genuis offers to bring to Post 6 an example of his composed music and inspirational speaking that he provides through his charitable foundation.

Who – Eric Genuis is president of the charitable organization “Concerts for Hope.” His Carnegie Hall is focused to the prison environment.

What – Eric Genuis has had the privilege of playing music for thousands of broken and forgotten people in prisons, rehab units, inner-city schools, and institutions for young offenders. He performs on the piano, along with a world-class violinist, cellist, and vocalist.

Why – The concerts usually bring unprecedented hope to the hopeless, inspiration to the lost, and encouragement to those in despair. From direct feedback and reports from family members and prison personnel: Lives are often changed.

Requirements: Eric has been invited to perform in prisons throughout Ohio, Michigan, and Arizona. Michigan alone has 31 prisons, and approximately 41,000 inmates. The goal would be to spend one day at each prison, and perform 2 – 3 concerts per day – thus, performing 75 shows in Michigan prison institutions. The cost (musicians, travel, accommodations, equipment etc.) is roughly $3500 per day. The hope is to raise $150,000 to cover total costs for all of these states. Thank you for your kind consideration.

2) “The music was truly inspirational as were the individual testimonials that you shared during the performance. We found your passion for helping marginalized and stigmatized populations to be quite evident.”

3) “Our entire family has been graced with experiencing first-hand the recordings and concerts of the incredibly gifted Eric Genuis. Words cannot convey the truly captivating, mesmerizing power his compositions have to embrace the soul emotionally, intellectually, purposefully. Each piece he presents showers a person with his personal interest, respect and love. Our household actually feels incomplete without the serenity and vigor of his music playing on a loop in the background!“

4) “Last night I was backstage at the Celine Dion concert in Vegas. Today I’m at a concert in my own living room, and I have never been more moved.”

Actors Kevin James and Jim Caviezel publicly support the music and cause of Eric Genuis’ “Concerts for Hope.”

Jim Caviezel starred in ‘Person of Interest’, ‘The Passion of The Christ’, ‘The Count of Monte Cristo’, ‘The Thin Red Line.’