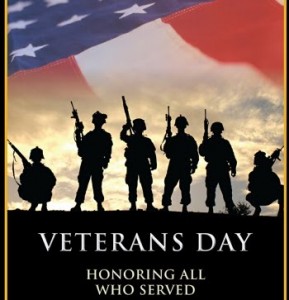 For American Legionnaires, Veterans Day is very important.  It is our opportunity to remember and recognize the contributions of our fellow servicemen and women.  They have served their country, now they are actively serving in their community.  Veterans are everywhere and you may be working with one and not even know it.

Our local veterans  do not wear “veteran” on their sleeves.  However, and this is a BIG “however,” you should be seeing a lot of military ball caps, jackets, pins, flags, and other memorabilia on Veterans Day.  They are proud of their service–their service to their country.

What are we doing to recognize our Chapel Hill area veterans.  Take a look at our Event Schedule for Veterans Day 2014

We, the American Legionnaires, join together to to ensure that the voice of the veteran is heard.  When the guns go silent, the flags get packed away, and the soldier returns, who will stand up for him?  Our men and women come from less than 1% of our population.  They served multiple tours overseas in a Iraq, Afghanistan, and other hot spots around the world, yet we ask, “Will their needs be addressed now that their uniform and combat gear sits in a surplus bin in a stateside base?”

We remember the plight of World War I veterans and the reason for the American Legion. 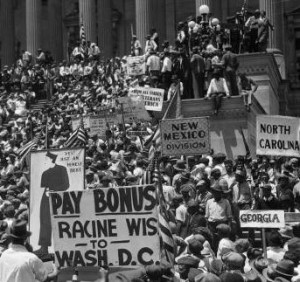 “Seventy years ago, President Franklin Delano Roosevelt signed what many historians consider the greatest social legislation ever passed by the U.S. Congress. As popular as the GI Bill remains today, it took the horrific cost and bloodshed of World War II to remind many Americans just how great a debt is owed to our veterans.

In 1932, thousands of World War I veterans camped out in Washington, D.C., to petition their government for bonuses that they felt were owed. Their campsite was forcibly overrun by the U.S. Army, and at least two veterans were killed by the police. President Franklin Roosevelt told The American Legion National Convention in 1933 that –quote “No person because he wore a uniform must thereafter be placed in a special class of beneficiaries over and above other citizens,” – unquote.”  Read the rest of the story